The Best Places to eat in Protaras

Discover the best places to eat in Protaras with our helpful guide to restaurants, street cafes and fast food outlets. One of the great things about this bustling Cyprus holiday resort is that it is literally bursting with a diverse range of eateries which serve up delicious food which is certain to satisfy every taste and even the largest of appetites.

Food in a hurry

If your kids simply cannot manage without their regular fast food fix, even while on holiday in Cyprus, don’t panic, because Protaras is home to many of the well-known branded franchises. Macdonald’s take-away and restaurant is located right at the top of the main strip opposite the Sphinx bar next to Magic Dancing Waters, while KFC is only five minutes’ walk from there on the main road. Pizza Hut is also located right in the middle of the main strip and all of these outlets are open throughout the summer season.

There is no shortage of traditional restaurants serving authentic Cyprus dishes in Protaras and many of these also provide a broader Mediterranean menu and some also serve international dishes as well. The Traditional Cyprus Tavern, Saint Elias and Zafeiro’s Bar Restaurant are just a few of the many which are located on the resort. Zafeiro’s Bar Restaurant, in particular, provides the added bonus of a beautiful vista across the sea as it is located adjacent to the recently constructed coastal boardwalk.

Enjoying a range of international cuisine

From Japanese and Chinese to tasty Indian and Lebanese cuisine, Cyprus holidaymakers in Protaras are really spoilt for Dinning choices. The recently opened Balti House Indian Restaurant is located on the main road almost opposite KFC and the owners of this establishment have gained an enviable reputation for serving up the most delicious food. While they are new in Protaras, their existing outlet near Larnaca has been drawing diners from all over Cyprus for many years.

The “Just Italian” Restaurant has also garnered an outstanding reputation, while both La Cultura Del Gusto and Mojitos Restaurant have been successfully turning out an international flavour with their own unique twist for many years.

A wide choice of bars also serves tasty “pub grub” style meals at excellent value-for-money prices and the full English breakfast is one of their leading fortes. While they are well-worth recommending, there are far too many to mention here, so the following doesn’t represent any order of superiority. Among those that spring easily to mind are Cheers Bar, Only fools and Horses, The Tipsy Turtle, Zafiros Bar and the Greenery Pub to name only a few. 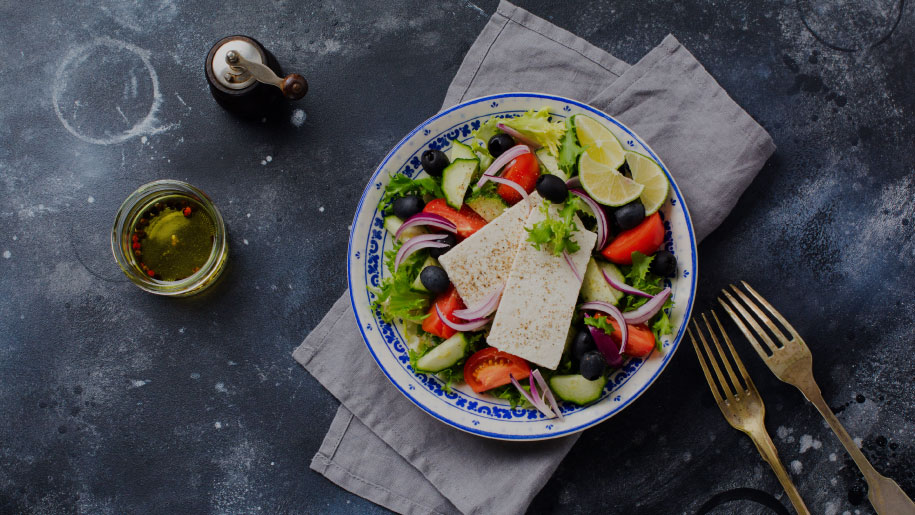 Where to Eat in Ayia Napa

From popular fast food by well-known branded outlets to specialised seafood and traditional Cyprus fare, deciding where to eat in Ayia Napa will be so much easier when you are able to plan ahead. As you would expect from such a well-established resort, Ayia Napa is home to many quality restaurants, which draw their customers back year after year.

Having gained a reputation as the party capital of Cyprus, it is hardly surprising that many fast-food chains are represented in the town. These include a MacDonald’s which remains open throughout the year, Pizza Hut and a Burger King outlet. These are further complemented by numerous pavement-side street vendors serving traditional Cypriot fares such as kebabs, fried chicken and a range of tasty salads

It would be most strange for a former fishing village not to have at least a few fish restaurants and Ayia Napa is home to some of the best in Cyprus. The fish tavern Vassos is located next to the harbour area and has been serving locals and tourists with fresh fish dishes for as long as anyone is able to recall, while those preferring a more modern setting for their seafood won’t be disappointed either. Ocean Basket is part of an island-wide chain and their harbour-side outlet specialises in tasty fish dishes including a wide choice of Sushi.

The Wagamama pan Asian is just one of many specialised restaurants in Ayia Napa that serve delicious food in the most comfortable surroundings. The Panda located at the Ayia Napa end of Nissi Avenue also serves Chinese and other Asian foods, along with Red Ruby, Yo’ Thai Asia, Hokkaido Restaurant and several others.
From Italian and Lebanese to oriental and traditional English, Ayia Napa is probably the foodie capital of Cyprus.