Boasting over 320 days of annual sunshine and one of the most temperate winter climates in southern Europe, the island has a great deal to offer individuals and families considering living in Cyprus.

From the warm waters of the Mediterranean to the cool heights of the scenic Troodos Mountains, Cyprus offers a diversity that belies its compact 9,251 square metres of its landmass. Steeped in tradition it also benefits from a rich history and heritage, Cyprus is literally packed with interesting places to visit and things to do. 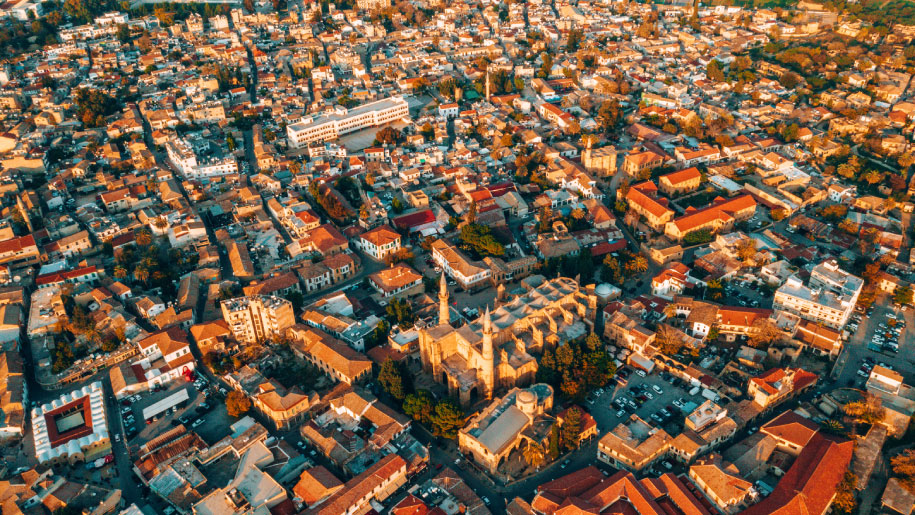 Considered to be the islands two major conurbations, Nicosia and Limassol are able to rival any European city in terms of commerce and sustainable growth. While the seat of government resides in the capital Nicosia, Limassol is home to a huge port and also benefits from being a major holiday resort in its own right.

Paphos in the south-western part of the island is considered to be the holiday capital of Cyprus, while Larnaca in the south-east is steeped in history and attracts many locals throughout the whole year. A few miles further along the same stretch of coast, Ayia Napa and Protaras also continue to attract record numbers of tourist year on year.

Apart from the capital Nicosia and Limassol, most of the other Cyprus towns were originally villages which have grown over time. This is one of the reasons why the island still enjoys its own unique style of village life. Even today, villages in the Troodos create crafts that have remained virtually unchanged over several generations.

Family and community are highly regarded in Cyprus villages, while the numerous visitors they attract always receive a warm welcome.

The long dry Mediterranean summers of Cyprus can see inland temperatures exceed 40c, while even in winter it is unusual to see it drop to single figures during the day. The winters are more likely to be wet rather than cold and many locals flock to the mountains in the heat of the summer.

It has often been remarked that you can ski in the mountains on Christmas day morning and stroll along the beach in your shorts in the afternoon.